Shaping the Future of Architecture through VR technology

An interesting read in Dezeen - an article about the design group Space Popular and their ideas about how VR will shape the future of architecture. For example below is an image from the project The Venn Room. 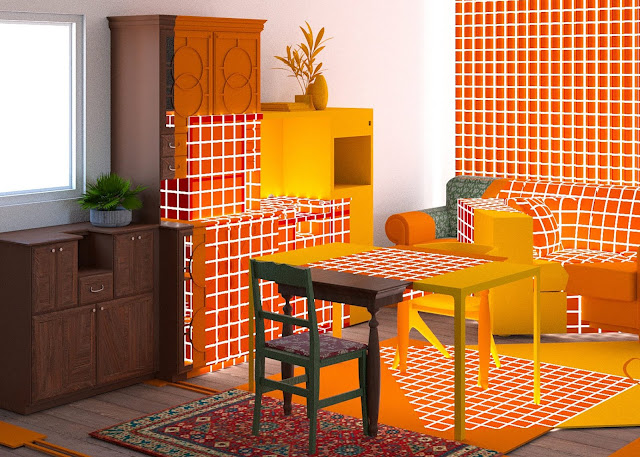 Just like a Venn diagram, this installation from the Tallinn Architecture Biennale 2019 suggests what might happen when virtual reality allows two or more physical worlds to combine.

It imagines that, when people in separate places communicate with one another through VR, a new environment will be created that is an average of their two homes.
"We were speculating that, over these years, these intersections become sentimental," said Hellberg. "So like grandpa's dresser and your IKEA table, and the way that they meet every single day, becomes meaningful."
"This will be a real life IKEA problem in 10 years. It will be a big deal," he added.

Space Popular's latest exhibition Freestyle, currently on show at the RIBA in London, charts the last 500 years of architectural history. Using VR, it explores how architectural style has always been shaped by changes in mass media, from the magazine to the video game.

With the arrival of VR, the pair suggest that architectural style is about to change more radically than ever before.
"We think that there's a shift coming in the next 20 years, where we will be able to draw a line in the history of media in architecture," added Hellberg.
"In the past, we were interacting with our body being removed. From now and onwards, the body is being brought into the medium, and the medium itself becomes architectural. This is why it is so urgent for us to be asking these questions." 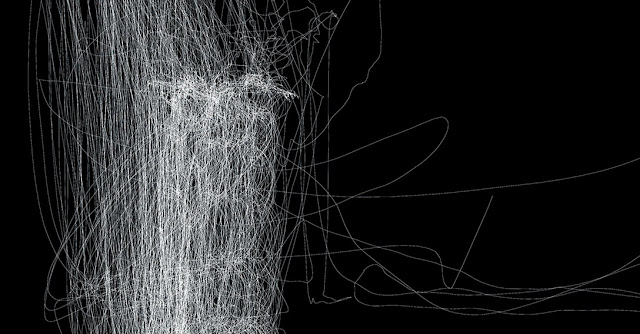 A A There is a really good blog about the expanded field for animation here. It features work by artist Susan Morris such as the work below. More on this work can also be found at the Tate
Posted by Pete Maloney

"I was invited to HobsStudio.com/London to use Google tilt, and to showcase my collaboration with Luke Robert Mason of Virtual futures. My Cyborg VR drawing was printed into 3D, more to come of this exciting project." 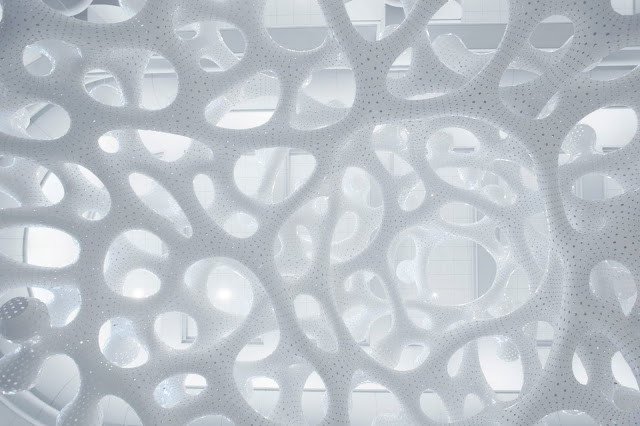 Strips of curving perforated aluminium are joined together to create this huge branching installation by architect Marc Fornes and his studio The Very Many. The installation, named Under Magnitude, is suspended from the atrium of the Orange County Convention Center in Orlando, Florida.

Take a tour of Olafur Eliasson's first building, a castle-like office in a fjord in Denmark, in this 360-degree video filmed by Dezeen.

The Danish-Icelandic artist designed the fortress-like structure, called Fjordenhus, to stand on the water in the harbour Vejle.

The building opened last month. The upper floors serve as the headquarters of holding and investment company Kirk Kapital, while the ground floor is a publicly accessible space that contains artworks designed by Eliasson. more here
Posted by Pete Maloney